Cameron Craig (Class of 2014), has battled hard to overcome the challenges of dyspraxia, and is about to head to the USA to fulfill his dream of playing American football. Cameron back in Campden 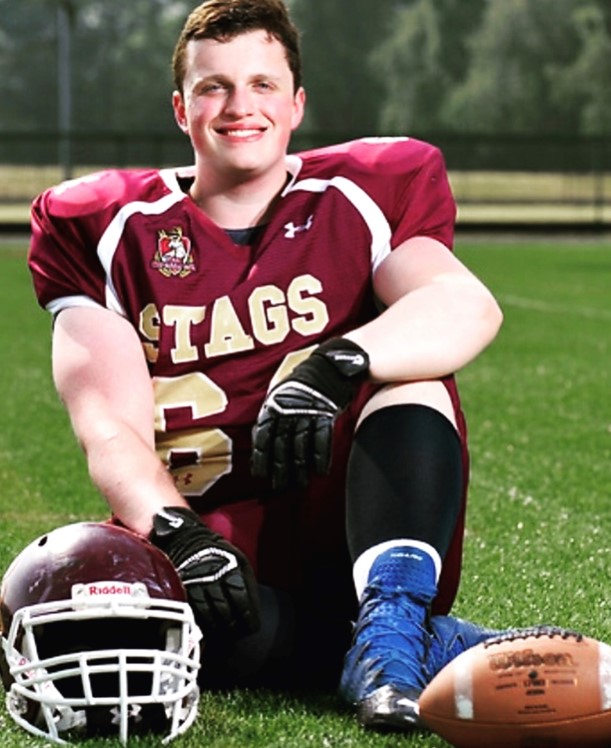 Cameron Craig came to CCS from Scotland in 2006 and left to study Business and Innovation at Southampton University in 2014. Cameron has achieved academic and sporting success, which was not always on the cards. Cameron was born prematurely and diagnosed with dyspraxia at a young age, a disorder affecting his fine and gross motor coordination. As a child, Cameron struggled with many physical tasks most of us take for granted, like getting dressed, writing and catching a ball. When we heard the news that he is about to travel to the USA to play American Arena Football for Carolina Havoc, (their first international signing), we invited him back to Campden to tell us his inspiring story.

Once Cameron was diagnosed with dyspraxia, he had years of intense physiotherapy to help improve his strength and coordination. At the age of eleven, his family moved south and Cameron joined Chipping Campden School. Here, he had access a wider variety of sports, 'which helped me to develop better coordination skills and gain more confidence.' Whilst at CCS he particularly enjoyed rugby and football. Cameron is neither right or left handed and has learnt to do different tasks with different hands, apparently an advantage when he plays American football; his opponents cannot anticipate which hand he is going to use.

So how did you end up playing American Football?
‘When I was at fresher’s week, I was in the long queue to sign up for rugby when I saw a tall guy wearing the full American football gear which looked amazing. He came up to me and asked me if I would be interested in giving it a try, so I did. The following week, when I put on the shoulder pads and helmet it felt amazing and I was hooked.’

Why do players wear so much protective gear?
‘Essentially American football has fewer rules than rugby, and allows forward passing, which tends to result in more high-speed collisions.’

The popularity of American football is growing in the UK, and Universities are embracing it. It became part of British Universities College Sports (BUCS) sporting programme in 2012, and there are now three tiers (divisions). Cameron played for Southampton University and is an offensive lineman, which to the uninitiated, like me, is responsible for protecting the quarterback. To play in this position, you need to weigh at least 280lbs, be over 6ft 3ins tall and have nimble feet. I discovered this is one of Cameron’s other impressive skills, his footwork is incredibly fast, which is something Cameron has worked hard to achieve. Whilst at University, Cameron was advised by his coach that he was too heavy and his legs were not quick enough, so he focused on eating healthily and trained hard to improve his footwork and mobility. He lost six stone and started to attract the attention of US teams (who come over for NFL summer camp). An impressive feat for any UK player, but even more so, considering the physical challenges Cameron faced as a child.

Cameron finished his degree last summer and was thrilled to gain a place on a graduate training scheme with Enterprise Rent-A-Car. Whilst working, he continued to play American football with the London Warriors and trained hard. Powerlifting and Pilates are part of his gruelling fitness programme and he has plenty of protein in his diet.

A few weeks ago, Cameron received the exciting news that Carolina Havoc wanted him, an Arena League club, who play indoors. He is off to Florence, South Carolina, in February but has one final hurdle to overcome; he needs to pass their rigorous two-week training camp.

‘Although I have not grown up surrounded by a culture of American football, I think I can bring a new perspective to the game. I really want to be the first Scottish professional player and am really hungry for success.’

Having witnessed his determination and commitment to hard work, Cameron should pass camp with flying colours.

You will be able to read more about Cameron’s story in the 2019 edition of The Campdonian, published in July 2019. Hana Cross, an up and coming model and face of high street retailer New Look, reminisces on her time as a student at Chipping Campden and provides an insight into the modelling ind… More... School Panto, Neanderthals and Artificial Intelligence are covered in this informative interview with Emily. More...